If you don't do this, then ... If you ever heard that in your negotiation of procurement career before, then you were up to an ultimatum, and that is what today's episode of The Procurement Zen Podcast is all about. Let's go.

Looking to up your negotiation and procurement skills, you're in the right place. Welcome to Procurement Zen, with your host Phil Kowalski.

Before we dive deep into the topic of ultimatums, I am excited to make an announcement for the next few episodes after this one. So, these episodes will focus on a specific topic for a few shows. That's why I call them the focus week. Five workdays, five shows in a row where we will together cover one topic from different angles.

So, what topic is it for that very first focus week you may ask? Well, we will start this focus week with an in depth review and learnings from the book Expensive Sentences, by author, and longtime procurement pro Jack Quarles. In the very next episode, I will give you an overview what the book is all about, while in the three shows thereafter, we will cover one expensive sentence in each show.

On the fifth and final day of that focus week, I'm happy to share an interview I did with best-selling author Jack Quarles himself, where he also uncovers some stories that are not in the book. So, if you ever deal with obstacles in your own organization, make sure you're subscribed to my Procurement Zen VIP Club on my website procurementzen.com, and you will not miss an episode of this focus week.

But, now let's start today's episode on ultimatums. Today we're going to cover an interesting tool that you may want to use yourself. But more often than not, that others potentially will use on you. And that is ultimatums. As always, you can find all corresponding material, as well as a little checklist on how to deal with ultimatums over at procurementzen.com/004.

First, let's have a look at the pros and cons of ultimatums. Well, the pros if you use them yourself, is that you will have power if you use them at the right time. The con is, that they are a little bit like a nuclear bomb. Once they are thrown, once they are placed, they cannot be undone.

So, what does that mean? Well, let us have a deeper look at it, also some examples and so on throughout this episode. Ultimatums usually are a tradeoff between credibility, your credibility, or the credibility of the person who uses the ultimatum on the one hand side, and power on the other hand side.

I would say it's really impossible to balance them out totally equally, but you might find a certain way in between if you want to use them yourself. Nevertheless, one thing you have to keep in mind is that you should never use an ultimatum out of an emotional state yourself. There may be situations where it feels like you have gone to your head, and you want to enter in this gunfight. But if you use an ultimatum out of an emotional state, you would enter that gunfight, to stick with that metaphor on your opponent's terms. That usually is not something you want to do as an experienced negotiator.

Another thing to consider is preparation is really everything. As mentioned above in the example of the nuke, the use of an ultimatum may be necessary at certain points in certain negotiations, but you have to use it very wisely. Again, do not use it out of an emotional state. You need to prepare that.

So, an ultimatum well used needs preparation. If you need more help in preparations, I have something for you, and that is our very first episode procurementzen.com/1, that is the number one, where you can find it online, and where we cover a lot of preparation tactics in combination with the negotiation playbook to it.

Let's get back to ultimatums. In general, there is one rule when it comes to ultimatums, never make an ultimatum if you're unsure if you can follow through on it, or vice versa. Only make ultimatums you plan to follow through on. That is very important. You should also avoid ultimatums if there's a chance to achieve your goals with other measures. Because ultimatums to a certain extent are like the name implies, an ultimate measure, the ultimate ratio. You do not want to use this 'heavy weapon' if you do have other approaches, and other opportunities that might bring you there as well without using an ultimatum.

There are other means of strategic influence, and we'll cover them in future episodes where we will have an in depth look on one of the most important publications by Professor Cialdini and his book, Influence. Make sure to subscribe to not miss that episode. We have additional benefits in our VIP club as well.

We do not only make ultimatums ourselves of course, sometimes we're faced with them from our negotiation counterparts. You also may want to know what can we do, 'against them'. As soft as it may sound, and you may not like this if you are more dominant negotiator, but you should not force your counterparty in a negotiation, in a position where they must make an ultimatum because they have no other option, and they cannot survive, so to say in any other way.

Just imagine a situation where an ultimatum in regards to pricing has been put on you. Bad response to such an ultimatum would be, "So you're saying either we take this price or we do not have a deal? Well, then let's end this discussion. We obviously have a deadlock situation here." That is a bad response because it limits your opportunities. A good response would have been, "I hear that you cannot reduce your prices as requested by us right now. But let's have a look at some other options." This one has several advantages. It gives you what I call the advantage of time. Saying the words right now could mean that it is possible in the future, or in the near future, even under different circumstances no matter how near or how far the future is.

Looking at the structure or the process of your negotiation, of your deal may give insights that help you to reach your goal without simply accepting the ultimatum that has been put on you, or using the example from above, entering that gunfight on your opponent's terms.

All this would have been impossible if we, as in the bad response, have ended the discussion, and if you're no longer at the table, how would you then negotiate? So, always make sure that you stay on the table, that you stay in the game, and have a chance to respond.

Another possible reaction to an ultimatum can be that you can ask clever questions by asking for a few and sometimes a few more little concessions. These few concessions add up soon, especially when you have the feeling that the other party is only bluffing on you with their ultimatum. That of course is a gut feeling, and there is no guarantee that it always work out. But a few concessions that are promised to you are really a good indicator that the ultimatum is a bluff.

A good use of an ultimatum yourself to turn the tables so to say, and put yourself into the position of the person stating and ultimatum would be to underline your authority. An example for this could be, we have asked you two weeks ago, to get back to us with an offer today. We have not yet received anything so far. Hence, we think it does not make sense to proceed with our discussions here. We expect your response by the end of today, or we need to have a talk next week to see how and if we can get out of this deal.

This has two effects. First, it increases your credibility because you are a person that sticks to its words. And number two is, you have not yet closed the door fully because next week, you're going to talk. Until then, again some kind of expanded or extended timeline, suppliers have the chance to come up with a sufficient solution.

What you're actually doing is, you're buying opportunities here. I currently have a good example in my own negotiation experience where I actually really use this to buy more opportunities, and to also raise the awareness on supplier side that this whole deal has a certain importance to me, but not at any price. So, I expect them to stick what we have agreed before, and if they think they can play games now with we, this is unacceptable. Hence, we posted and executed such an ultimatum. We, meaning here the negotiation team, and we are pretty sure that it works out with our suppliers because they are already performing more as expected so to say, and as requested from us.

That was a very short episode on ultimatums, especially on how to respond to them. But also how you eventually could use them yourself. Again, if you have any questions, any requests, any topic that we should cover here on the Procurement Zen Podcast, simply go to procurementzen.com, click the link to contact, and write me an email, and I'll make sure I respond to that.

Until next time, and always successful negotiations, hey it's me Phil, one more time. Do not forget to subscribe to my Procurement Zen VIP Club on procurementzen.com, or on the page specific to this episode, procurementzen.com/004. You can download all the tools and infos alongside with this episode. Again, one more time, let me remind you of the focus week on expensive sentences that starts with the very next episode.

So, looking forward. Until next time, I'm your host at procurementzen.com, Phil Kawasaki, signing off.

Thanks so much for listening to this episode of Procurement Zen with Phil Kowalski. For more great content, and to stay up to date, visit procurementzen.com. If you enjoyed today's episode, please review and subscribe and we'll catch you next time on Procurement Zen. 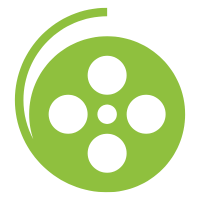 Get Me IN!
Previous
Next

Please log in again. The login page will open in a new tab. After logging in you can close it and return to this page.

Sign up To Receive Your Free Negotiation Preparation Checklist!

Get the Checklist to Improve Your Success Rate